A Long time ago, when Mother/Father God had come together and discovered the energy of Heart it brought the realization of Love. Their touching and sharing of that Love created a burst of energetic flames. Released from their union of Love were beautiful new spirits known as the Rainbow Angels. If you could see them, they would dazzle your eyes and open your Heart. Creation had begun. There was every color you could think of. The Angels of the 7 basic colors were more of a dominant energy, very strong and powerful and their color was deeper. For instance, there was clear, blue, red, purple, yellow, green, pink, white, orange, etc. Mother/Father God, quite euphoric after their experience, became aware it was a time to populate their solar systems and they needed to continue to work with the love of heart in creation. This required them to leave and journey to other star systems. So they called in powerful Angels to oversee the newest addition to the population of the World. Now, if you are a Rainbow Angel, one of the first feelings you will understand is abandonment; after all, your parents left you right in the beginning. You have probably spent a lot of time wondering why you are not important enough and where did everybody go, why people leave in your life. This began our journey of looking for comfort, someplace other than within ourselves. So here at such a miraculous experience, all the little angels began to look around. Mother/Father were not there to instruct them to find the love within themselves or how to be. What happened was a beautiful light blue angel would look at a dark purple angel and wonder why she was not so bold, she would simply reach out and touch the purple angel and a blotch of purple became a part of her. A yellow angel would look to the beautiful emerald green and wonder why she didn’t have some of that beautiful green: Jealousy. She would simply do the same. The overseeing Angels trying as hard as they could, were unable to stop the confusion. Jealousy and a number of lower vibrational emotions ran rampant. Not understanding how to embrace who they were individually did not occur to them. The beautiful dazzle of their light began to distort. This is an experience faced by so many people on earth today. And as each of these fiery angels began to interact adding everyone's colors to their own and trying to make themselves special, someone with value, the pattern of becoming lost emerged. These beautiful angels searched and searched to find a home; No matter where in the star systems they journeyed to, it never felt like they belonged. Where they had begun was almost forgotten. The color they originally were, they did not remember. Fulfillment was an arm’s reach away. Have you ever felt this way? Usually upon hearing this information, the color shirt you are wearing as you are reading this article, is the color of angel you are.

If you have any questions,

These are some of the Patterns that began at the time you were ignited with Light:

Looking for comfort outside of yourself

How to love yourself

Not knowing how to embrace yourself

No matter where you are, never feeling at home

Can’t remember who you are

Forgotten who you’ve been 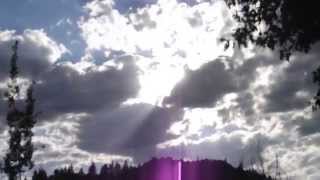 Violet Flame Outside Our Door in Mount Shasta, CA 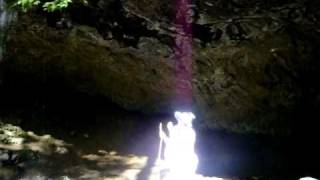 The Matrix of Becoming

Violet Flame Outside Our Door in Mount Shasta, CA

The Matrix of Becoming